The Truth About Used Cars

Given the drastic drop in value a new vehicle takes as soon as it’s driven home by it’s new owner, and given the rising cost of insuring a new vehicle, now is the time to consider buying used.

But there are more things to consider than mere cost: 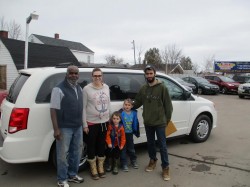 Families need reliable, affordable cars. We have them!

Auto industry studies have shown that 12-28 percent of the carbon dioxide emitted during a vehicles lifetime happens during it’s manufacturing and initial shipment. This huge environmental impact can be lessened by buying a pre-owned vehicle. Look out for a vehicle that has good fuel economy, and not only are you saving your wallet, you’re also saving the environment by eliminating that significant emission right from the get go.

And keep the source of fuel in mind when considering electric vehicles. While they might be emission free, the coal or natural-gas burning power plant that the fuel came from is definitely not.

A car can lose up to 15% of it’s value just by being driven home after purchase. By the time it’s four years old, it can lose up to half of it’s original value. Once the four-year mark hits, the depreciation curve is much less steep. Ideally, buying a vehicle that is 3-4 years old is your most dependable option. At this point you could drive it for a year, and resell it without losing much in he way of equity. Given the lower value of the vehicle, insurance cost will go down as well. With older vehicles, collision and theft insurance could be dropped as well with more savings, if you choose. 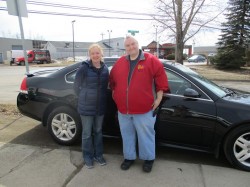 Need something smaller? We can find you any car you can think of!

Despite used cars sometimes being out of warranty, vehicle dependability has increased in the last decade. A five-year-old vehicle now is likely to have about a third fewer problems than one a decade it’s ancestor. A properly maintained vehicle made in 2013 could easily last another six to eight years without needing any major repairs. Most cost associated will be for wear items. For example, brakes, batteries, and tires.

There are a lot of things to think about when buying a vehicle. Consider the cost of a new car versus the value of used – the math just makes sense.